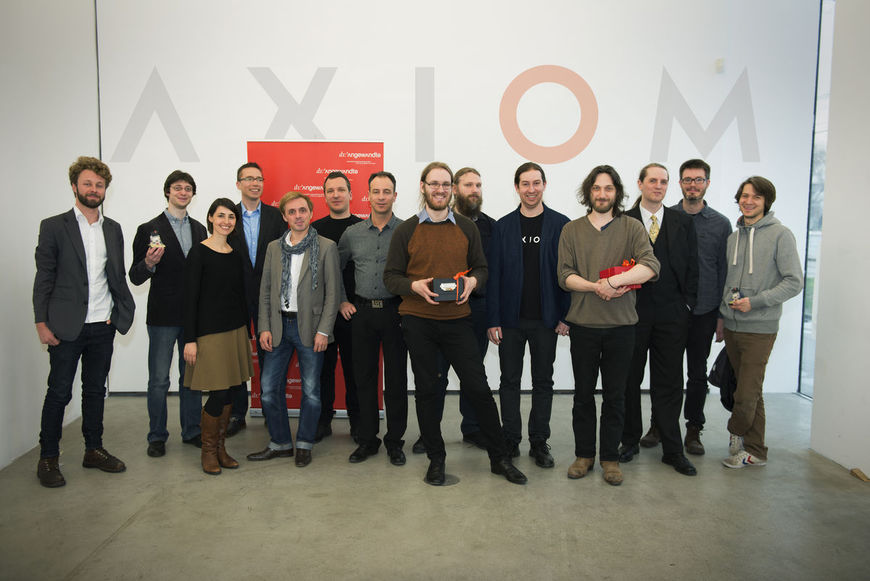 As you may know, Antmicro is involved in developing the AXIOM Gamma professional 4K film-making camera.

The major difference AXIOM Gamma will make as compared to existing solutions is that it is fully open source and open hardware. Thanks to this, as well as a modular design and an ecosystem present from day 1 (or, should we say, long before day 1), the camera will be able to evolve over time and match various needs and use cases.

The preceding (Beta) model was successfully kickstarted and model Gamma is backed by the European Union (as part of the Horizon 2020 programme). This strong support from both people and institutions gives the project the necessary momentum to try to prove that open source can be used as a powerful tool to revolutionize the movie-making industry.

In the last week of March, the project was officially kicked off, and it was the first time for all teams to meet each other in one place.

While a high-quality meeting was to be expected from such excellent partners, the event surpassed our expectations: we managed to not only get acquainted at the welcome event on the first day, but actually were quite productive in the workshop on the next, to the point where we managed to run out of debatable technical points far earlier than planned.

We also had some great time recording a video for April Fool’s Day (which can be viewed on youtube). Michael who starred as the “bad drummer” did not even have to act the part too much. 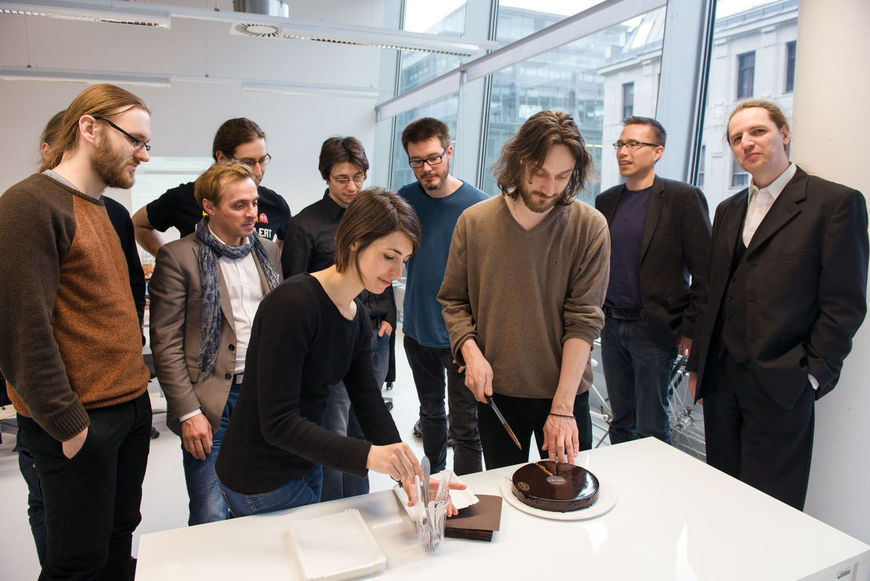 Vienna is renowned for its cafes and sweets, and the hosts from Apertus provided everyone with a piece the famous Viennese Sachertorte. If that was not enough, we were also presented with some AXIOM labs miniatures which strangely enough resemble the renowned ACME labs where every night we do the same th… um, we mean which we all know from cartoons.

As part of the AXIOM Gamma consortium, especially after such a great kick-off we truly believe that the project has a bright future ahead of it.

If you are interested to know more about the project, be sure to watch out for our talks concerning the projects at various events. The first talk was given by Michael at the 12th Linux Session in Wrocław, but more will follow soon.

Some more comments and photos can be seen on the AXIOM project blog.

We’ll update you with more news as the project develops.