With the RISC-V movement gaining momentum, the 5th RISC-V Workshop hosted at Google’s Quad Campus in Mountain View, CA on November 29th-30th drew the attention of many eyes, confirmed by the presence of the industry’s biggest stakeholders. Google, Qualcomm, Microsoft, Oracle, Nvidia, Huawei, IBM, Microsemi are all on board of the Foundation with Antmicro among the original founding members.

And since representatives of nearly all major silicon vendors are now confirming the RISC-V ISA as a viable path for the future, Antmicro’s market implementations (such as the Chisel-written RISC-V in the open source AXIOM Gamma 4K camera discussed at the 4th RISC-V Workshop at MIT, Cambridge in July) become all the more interesting to partners globally. 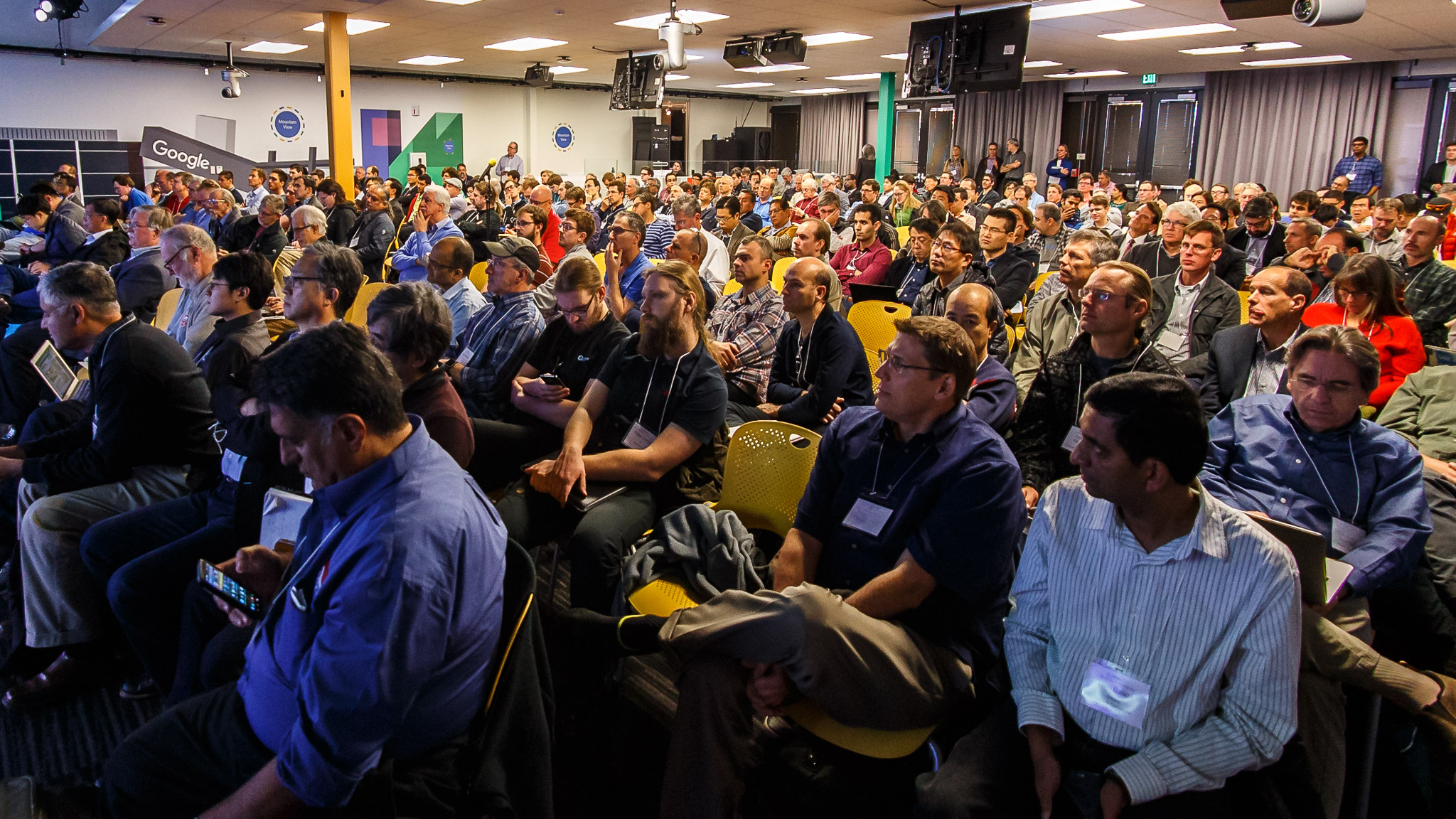 At Google, Michael Gielda of Antmicro gave a presentation on ‘Enabling low-power, smartphone-like graphical UIs for RISC-V SoCs’, challenging the way in which UIs had to be compromised because of hardware constraints. The question is: what if we could have software needs drive relevant hardware? With the possibilities unfolding thanks to RISC-V, Antmicro proposes a GUI offering that provides a mobile-like look & feel on MCU-based devices - from HVAC control displays and smart intercoms to wearables and coffee machines.

The full presentation slides can be viewed here and an official recording is available on YT. It offers only a small glimpse at the Workshop and does not make due for the incredible atmosphere that made participants really feel the momentum of an industry that is about to be revolutionized.

After the workshop, the Foundation’s member meeting discussed priorities for each of the newly established committees: with Peter Gielda, Antmicro’s CEO, representing the company in the Technical Committee, and Michael Gielda, Antmicro’s Business Development Manager in the Marketing Committee. One of the first action points was to announce the joint presence of selected Foundation Members at Europe’s most important embedded industry event - the Embedded World 2017 fair in Nuremberg, Germany, March 14th-16th, including Antmicro, to propagate the RISC-V idea further this side of the globe.

Looking at the incredible pace at which things are unfolding, the 6th RISC-V Workshop scheduled to take place at Nvidia in Shanghai later in 2017 promises an even greater audience.