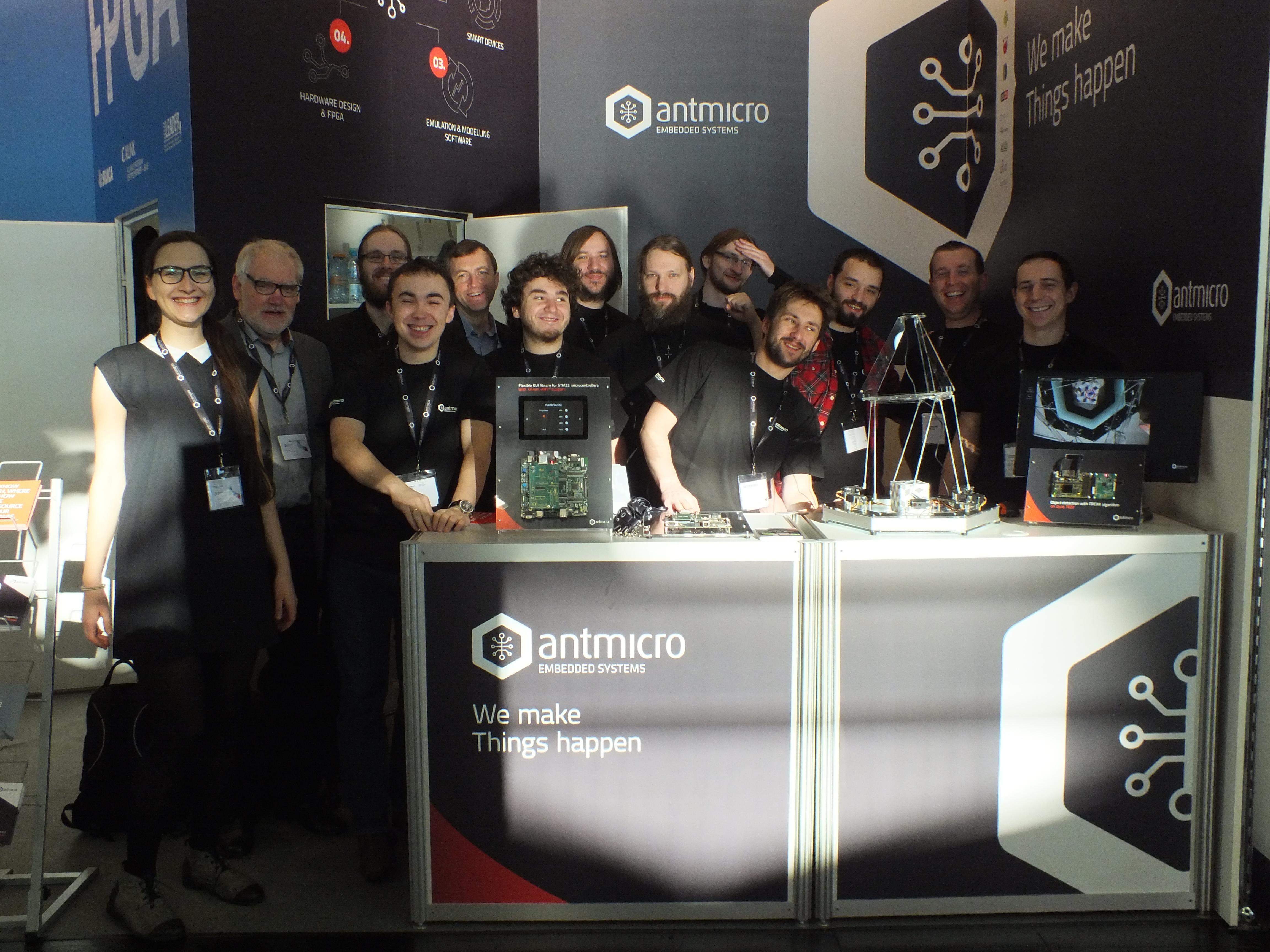 It’s been 10 years since we started visiting Embedded World and this year’s fair was the biggest so far, with more than 900 exhibitors and 25 000 visitors. As always, it’s great to see the industry growing and be part of this growth.

For the third time, we shared booths with our partners from Enclustra, the excellent FPGA module vendor and design company. Our cooperation around FPGA SoCs was underlined by another shared booth right by our common partner, Xilinx, who at EW unveiled their excellent FPGA MPSoC new product offering. Of course, it was not such a big surprise, and for many of our customers this will be the next development platform. 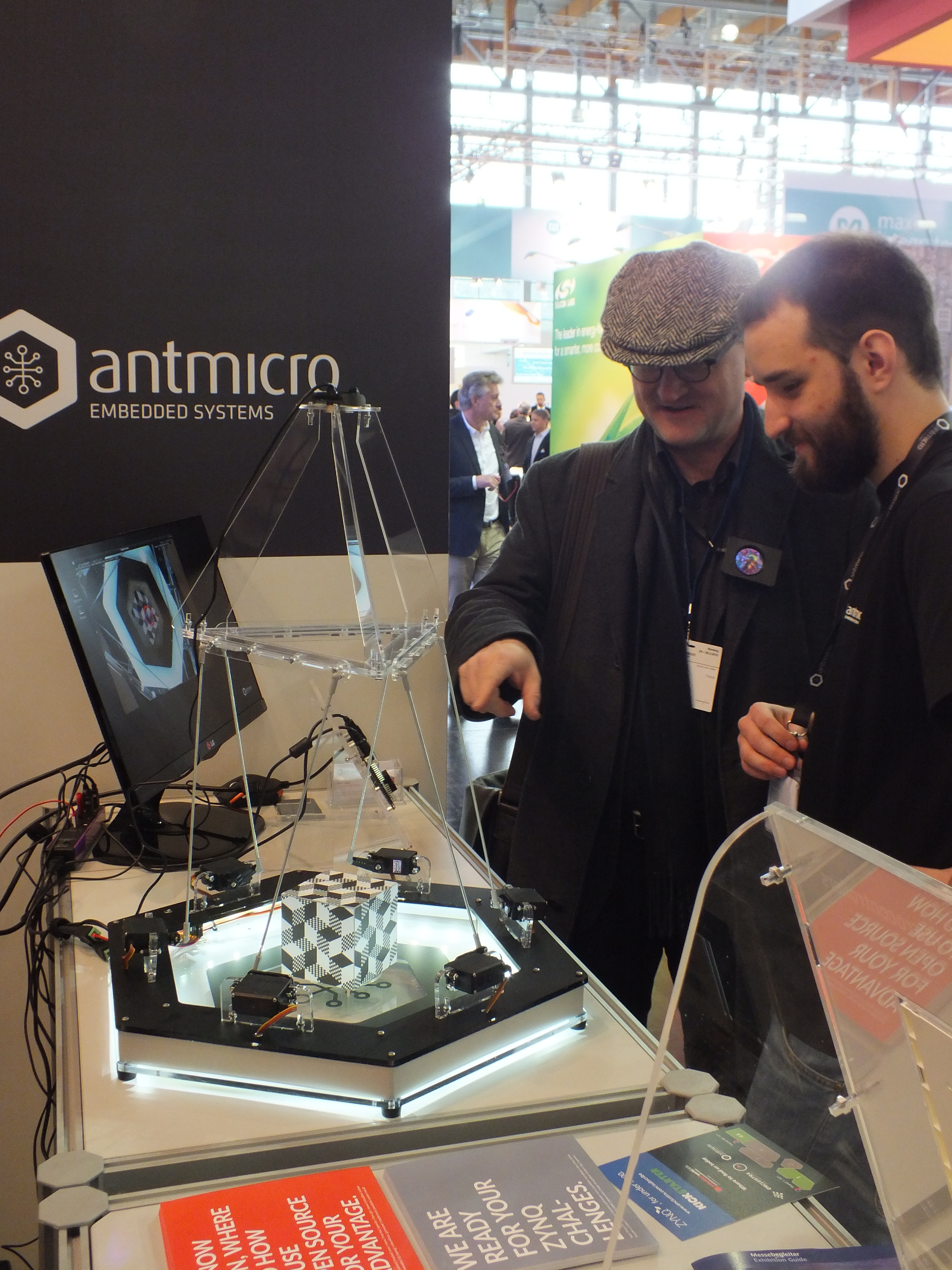 But for now, Zynq remains in focus, and our moving Stewart platform implementing the FREAK object detection algorithm attracted the viewers’ interest. The demo we presented showed how video processing algorightms can be enhanced using the hardware acceleration capabilities of Zynq.

But FPGA SoCs are not all the craze, and CPU platforms, both big and small, are also developing rapidly. As a symptom of that development we also showed some excellent possibilities a cutting-edge embedded CPU can give you: stereovision and industrial Android 5.0 on an Apalis Tegra T30 platform, at the booth of our other partner, Toradex.

Stereovision in this case in reality meant a 4-camera, 2×2 stereovision setup, originally done for a UAVs project, working smoothly on Tegra T30’s quad cores. With support for Video4Linux and multiple CSI camera inputs, and the possibility to implement optical stabilisation and object detection algorithms in OpenCV, Tegra can be used for multiple purposes including but not limited to military, industrial and automotive.

We were all excited to hear about the plans of Toradex to broaden their Apalis offering with a Tegra X1, confirmed in the news item from March, a platform which will greatly increase embedded vision processing possibilities with CUDA.

The other demo with Toradex, Android 5.0 running on an Apalis Tegra device provides a well-known interface to a technologically advanced platform. Customization is easy with a new interface only one mobile app away. At EW we showed a simple application giving the user access to some hardware IO with sliders and buttons, but only imagination limits the possibilities given by the combination of a Linux base and a flexible UI defined in XML. 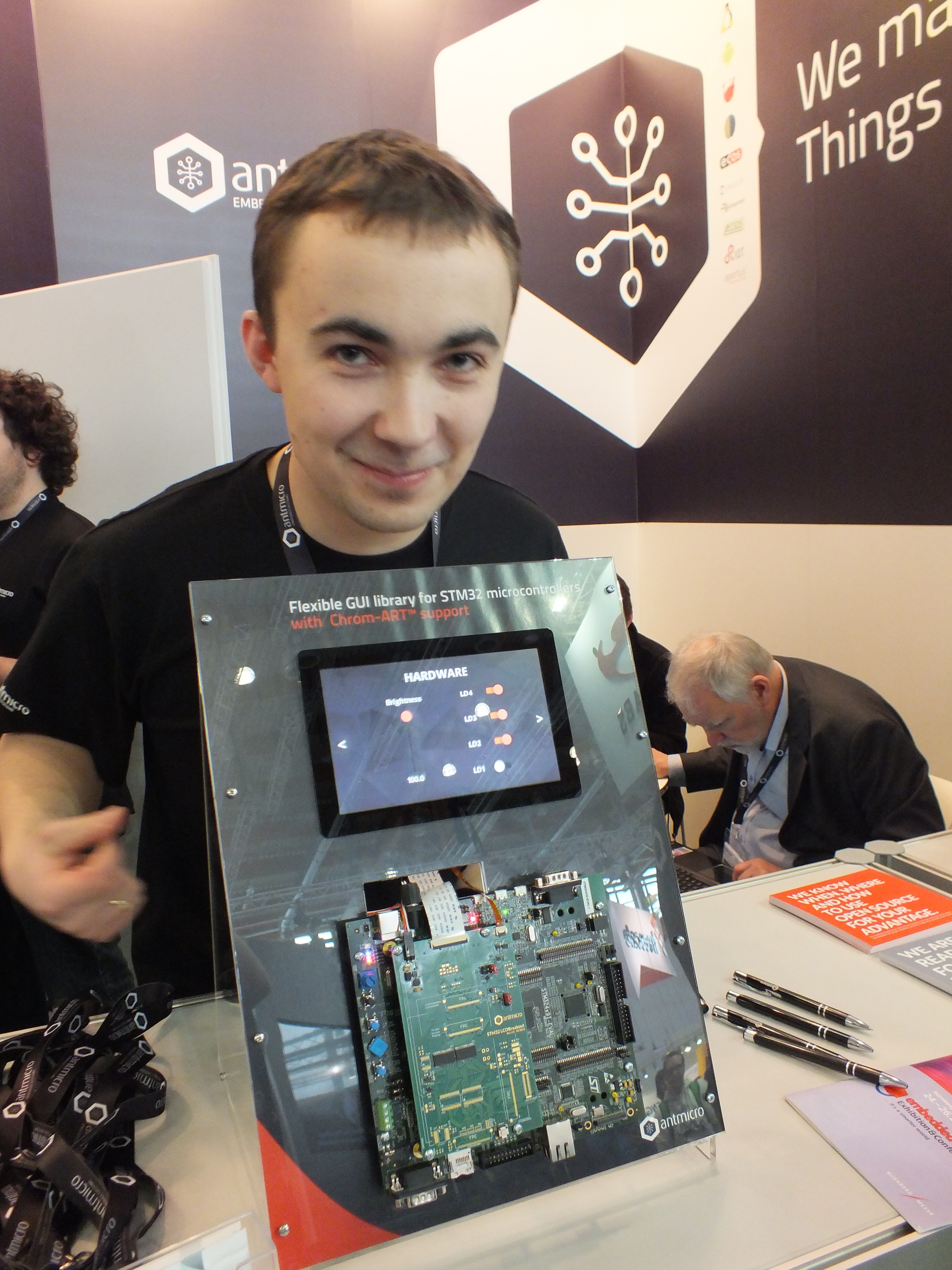 While we’re at XML-defined GUIs: on the second end of the power/performance spectrum, on our booth in hall 4A we also showed our GUI library running on something much smaller – ST’s Cortex-M4 and M7. Smaller does not always mean worse, and we showed that nice crisp graphics and a ‘mobile’ feel is attainable everywhere, if you know how to do it.

All the demos and joint booths had us running around between halls 1, 4 and 4a all the time, but in the evenings we managed to spare some energy for meetings with our partners from Nvidia, Xilinx, Enclustra and Toradex.

All in all, it was an exciting time and we are looking forward to participating in the next year’s event.