With considerable deep-learning compute in a small form factor, NVIDIA’s Jetson SoMs are often Antmiro’s choice for a broad scope of advanced computing solutions that we build for customers. The Jetson platform uses Linux (in a flavor dubbed Linux for Tegra, or L4T) as the default OS provided by NVIDIA, and some of the most common themes in our projects involving Jetson modules include customizing this OS, building custom drivers, kernels, OpenEmbedded distributions, gstreamer pipelines, over-the-air update systems, robust A/B rescue systems, AI frameworks and applications.

But Linux is not the only operating system we work with. Now, for those who are looking to combine the Jetson platform’s AI powers with beautiful and familiar user interfaces, well-known mobile APIs and standard applications, we are happy to announce Android for our open source Jetson Nano™ and Xavier NX™ baseboard.

Android on Jetson - a natural consequence

A few years ago we wrote a blog note about choosing Android for embedded applications, where we described how various industrial and consumer-facing systems can benefit from this OS. Today, we are bringing those benefits over to our open source Jetson Nano / Xavier NX platform.

Antmicro was early to embrace Android in embedded systems - porting and implementing Android on a range of architectures including x86, Arm and MIPS since 2013, on SoCs from NXP through Qualcomm, Rockchip and even the Xilinx Zynq. This is not our first foray into Android on NVIDIA platforms - last year we released Android for the Apalis TK1 SoM from Toradex, so finding a way to run Android on the TK1’s younger siblings was just a matter of time.

Android feels like a natural fit for the extremely popular Jetson platforms, given its powerful graphics capabilities and an increasing number of screen-enabled devices that we are building around our open source baseboard and its custom variants, and projects which combine a Jetson SoM with a separate Android-capable device - just for the sake of a nice UI. 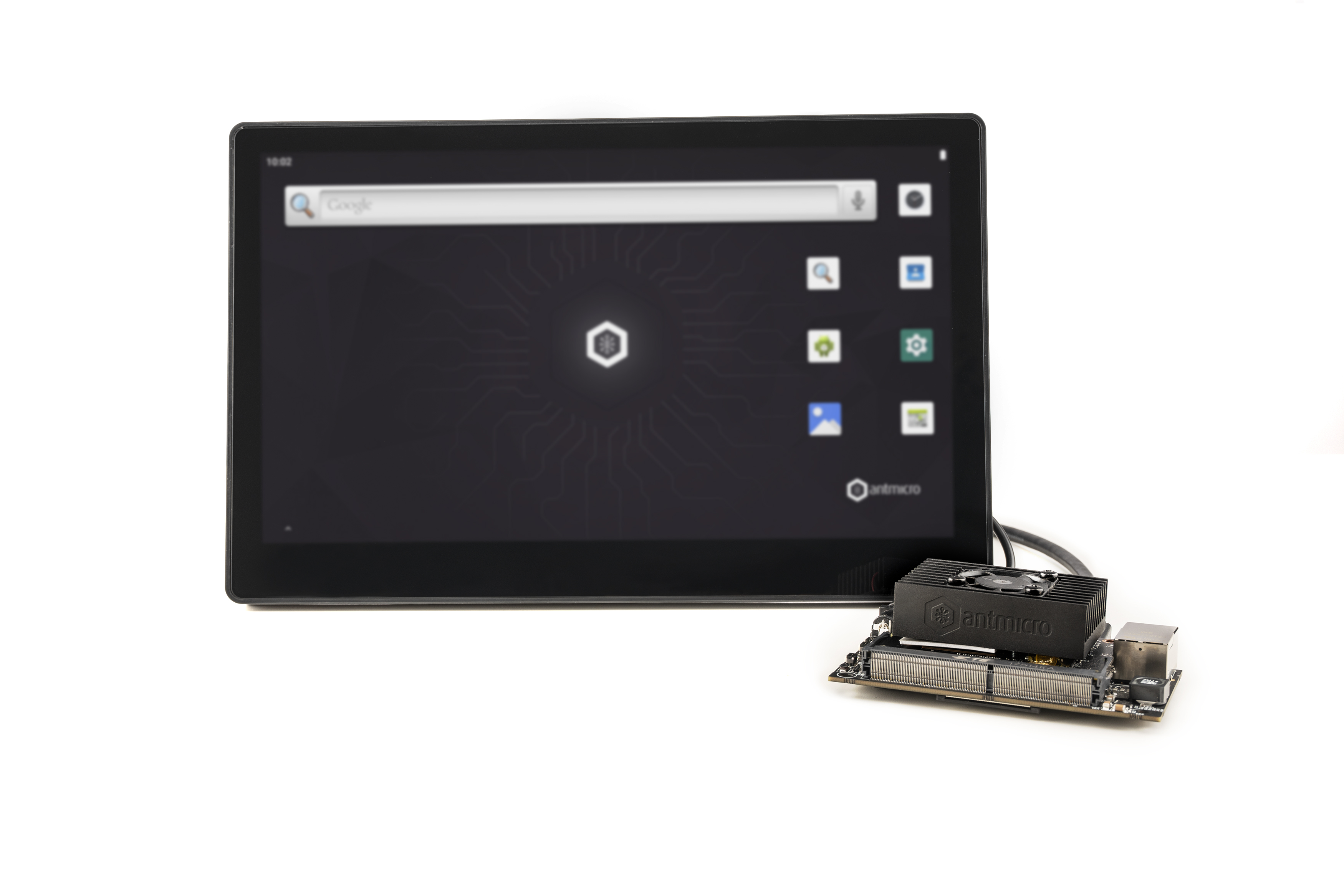 Touchscreen GUIs have been making their way beyond purely consumer products and into a broad spectrum of industrial devices. A standard that lots of users and developers are familiar with (based on a daily usage in their smartphone or tablet among billions of people worldwide, and millions of apps in the Google Play store), Android can be a perfect match for various applications where operators and users need to interact with a screen without having to spend a long time figuring out the user experience of an arcane (and unfortunately often ugly) industrial UI.

Coming with a unified GUI framework, well-defined APIs and a variety of interesting programming paradigms and development environments for apps - Java, Kotlin and Dart being some of them, Android can be used for example in control and measurement panels, smart dashboards, panel computers as well as infotainment and retail screens. It is gaining popularity in white goods, sports and training equipment as well as, of course, smart vehicles. In our work with Android, we have touched nearly all of those areas, in some really interesting applications that sometimes surprised us with their creative potential.

UX and UI are notoriously hard to get right, so instead of investing in a from-scratch design of a separate industrial device UI, in applications which already have a dedicated app - perhaps a smart warehouse, or transport application, or retail screen - you can use our services to get an industrialized Android BSP for a product that will share a significant part of the codebase and “feel” with your existing solution.

We have just released the Android 10 port for our open source carrier board. At Antmicro, we have been working on a large number of edge AI projects based on this highly popular platform, developing a rich software service offering and an open source hardware ecosystem with numerous accessories to enable rapid prototyping of smart products for our customers. We can integrate the elements of your early proof of concept into a fully custom product, over which you will have full control.

Now, with the possibility of running Android on the Jetson edge AI platforms with Antmicro’s open source baseboard, you can use our versatile hardware and software services to create your next innovative system. Let us know what you need at contact@antmicro.com, and we will take care of it.